Hello Friends of Climate! If we have important announcements or updates they will be posted here.
THE NEXT STYROFOAM COLLECTION DAY WILL BE JULY 11TH
January 28, 2008 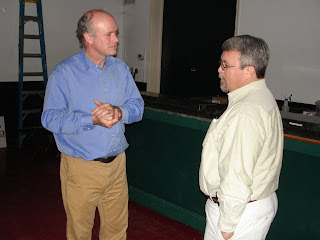 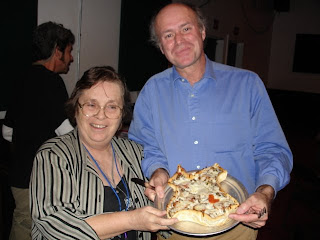 EPILOGUE: The lecture by Dr. Roberts on February 7th at Poppa Rollo's was a tremendous success. Over 100 people attended, the crowd was standing room only. Many loyal local peace activists were joined by members of the Waco community at large, a large contingent from Baylor University, our friends from the Crawford Peace House and Camp Casey Peace Institute, Vets For Peace members from Austin, and other peacemongers from Dallas and Austin. Thanks to everyone who attended. Special thanks to Kay Lucas, Mary Duty, Gayle, Baylor students, Harrison Ward, Professor Gayle Avant, and all those who worked on this project. Everyone was moved by Dr. Robert's data and personal experiences. We appreciate his time in providing this vital information in Texas (his only stop was Waco). Dr. Roberts also received a positive reception speaking to classes of Professor Avant on February 8th. And I am happy to report that Dr. Roberts, who has lectured extensively about his Lancet study around the country, was happy and satisfied with the crowds and interest here in Waco.
Pictured above at Poppa Rollo's is Dr. Roberts with veteran Waco peace activist Rev. Robert Flowers, and with Mary Duty, owner of Poppa Rollo's whose help was vital in providing the venue for the lecture. No doubt this was the Professor's first taste of pizza in the shape of Texas.

"A Story of Media Spin:
How Americans came to underestimate civilian deaths in Iraq by a factor of 100."

*Professor Roberts is the lead author of the 2006 Lancet medical journal study which shook the world, revealing 655,000 Iraqis had died as a result of the U.S. occupation.

*His study was the most valid scientific analysis of the human cost of the Iraq War.

*He is an international authority on the computation of deaths in zones of war and other disasters.

Les Roberts has a B.S. degree in physics, a Masters degree in public health from Tulane University, and a Ph.D. in environmental engineering from Johns Hopkins. He did a post-doctorate fellowship in epidemiology at the Centers for Disease Control and Prevention where he worked for 4 years. In 1994, he worked as an epidemiologist for the World Health Organization in Rwanda during their civil war. Les was Director of Health Policy at the International Rescue Committee from Dec. 2000 until April of 2003. He now is an Associate Professor with the Columbia University Program on Forced Migration and Health. Les had led over 50 surveys in 17 countries, mostly measuring mortality in times of war. He presently lives in Central New York with his wife Mary Grace.

The Friends of Peace and Waco are honored to have a speaker of the international caliber
of Professor Roberts. His study in Lancet is truly one of the most important and controversial reports in recent years. This will be Dr. Roberts' only speaking engagement in Texas. So please come and support this event, helping to provide a suitable crowd for this renowned scientist. Help show him that Texans DO body counts--that the lives of ALL innocents in the world matter. Your time will be well spent.