Hello Friends of Climate! If we have important announcements or updates they will be posted here.
THE NEXT STYROFOAM COLLECTION DAY WILL BE JULY 11TH
June 05, 2007 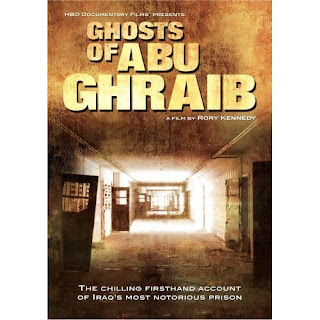 GENRE: Documentary.
DATE: Thursday, June 14, 2007.
TIME: Pizza buffet 6p.m. and announcements,
film and discussion 6:30p.m.
VENUE: Poppa Rollo's Pizza mtg. room, enter
thru outside or inside doors. 703 N.
Valley Mills Dr., Waco.
COST: All free, everyone welcome.
LENGTH: 78 minutes.
RATING: Not rated. (disturbing images to
children).
RELEASE DATE: June 5, 2007.
AWARDS: Nominated Sundance film festival
Grand Jury Prize 2007.
DIRECTOR: Rory Kennedy, daughter of Ethel
and Robert Kennedy.
What was perhaps the most disgraceful episode in U.S. military history is examined in director Rory Kennedy's Ghosts of Abu Ghraib. By now there can't be many folks who aren't at least somewhat familiar with what went on at that notorious Baghdad prison in 2003, when U.S soldiers abused and mistreated--some would say tortured--Iraqi detainees (every one of whom was eventually released without charges). Yet while those acts were atrocious and unforgivable, perhaps even more troubling is the philosophy behind them. As Kennedy lays it out, the United States began committing violations of the Geneva Conventions, particularly the ones that prohibit torture, well before the invasion of Iraq and the incarceration of literally thousands of people at the dilapidated Abu Ghraib facility. Employing the kind of linguistic tap-dancing often used by the Bush administration to justify its actions, then-Secretary of Defense Donald Rumsfeld and others defined their captives not as prisoners of war but as "unlawful combatants," opening the door for the use of such "extreme techniques" as nudity and sexual humiliation, "stress positions" (such as standing on a rickety box wearing a sensory-deprivation hood), and intimidation by vicious dogs; while some photos of these activities have been widely circulated before, many of the shots we see here are much more explicit and, since they're in color, considerably more lurid. As for how and why these affronts to basic human dignity were allowed, it's tough to find anyone actually willing to take responsibility. The guards who did the deeds, several of whom were interviewed for the documentary, say they were under-trained and far too few in number; their superiors say their pleas for additional support were ignored; and while the military brass and government bureaucrats were content to blame "a few bad soldiers" (like Pvt. Lynndie England and Sgt. Charles Graner, both of whom are now serving jail sentences), the suggestion here is that what went on at Abu Ghraib was less an aberration than a manifestation of defined government policy (the fact that no one appears on camera to refute these charges casts some doubt on Kennedy's objectivity). The director's audio commentary and extended interviews are the principal bonus features. --Sam Graham
Waco premiere of this important and just released documentary. We can not let the Abu Ghraib scandal be swept under the rug--"not in our name, Mr. Bush and Rumsfeld."
Your attendance is respectfully requested. Please come and support progressive thought in Central Texas. Opportunity to voice your opinions.