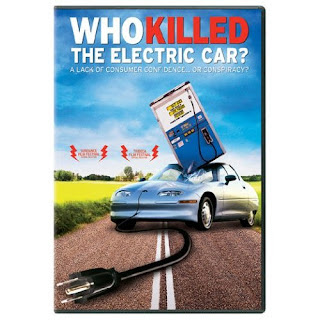 DATE: Thursday, April 12, 2007
TIME: Free pizza buffet 6p.m.
Film and Discussion 6:30p.m.
VENUE: Poppa Rollo's Pizza Meeting Room (enter from outside door or inside rest.)
703 N. Valley Mills Drive, Waco.
WHO: All welcome, seating limited, arrive early please.
Genres: Documentary
Tagline: In 1996, electric cars began to appear on roads all over California. They were quiet and fast, produced no exhaust and ran without gasoline...........Ten years later, these cars were destroyed.
Plot Outline A documentary that investigates the birth and death of the electric car, as well as the role of renewable energy and sustainable living in the future.
Plot Synopsis: With gasoline prices approaching $4/gallon, fossil fuel shortages, unrest in oil producing regions around the globe and mainstream consumer adoption and adoption of the hybrid electric car (more than 140,000 Prius' sold this year), this story couldn't be more relevant or important. The foremost goal in making this movie is to educate and enlighten audiences with the story of this car, its place in history and in the larger story of our car culture and how it enables our continuing addiction to foreign oil. This is an important film with an important message that not only calls to task the officials who squelched the Zero Emission Vehicle mandate, but all of the other accomplices, government, the car companies, Big Oil, even Eco-darling Hydrogen as well as consumers, who turned their backs on the car and embrace embracing instead the SUV. Our documentary investigates the death and resurrection of the electric car, as well as the role of renewable energy and sustainable living in our country's future; issues which affect everyone from progressive liberals to the neo-conservative right.
Time: 91 minutes.
Rating: PG
Released: 2006.
Awards: nominated by the Writers Guild of America Documentary Screenplay Award 2007.
"Fast and furious, Who Killed the Electric Car, is the sad tale of yet one more attempt by a heroic group of civic minded souls to save the browning, warming planet." -New York Times.