Documents Presented To The Waco Sustainable Resource Practices Advisory Board

The following two documents were presented to the Waco Sustainable Resource Practices Advisory Board on December 5, 2018.  They were prepared by Alan Northcutt, MD, and Sarah Brockhaus, member of the Board.  One is a resolution for a 100% renewable energy pledge, designed to be approved by the board and sent to the city council of Waco.  The other is a cover letter to go with the resolution.

If supporters of the concept wish to sign the petition (and have not signed on line or hard copy previously) and are from waco area go to, they can go to https://www.change.org/p/city-council-waco-waco-city-council-pledge-100-renewable-energy-by-2050.

WHEREAS, the City Council of the City of Waco has been given a responsibility in trust through the public vote to protect and promote the health, safety, and welfare of its citizens, including access to clean water and air, and a stable, livable climate, and the protection of their life, liberty, and property; and

WHEREAS, the Sustainable Resource Practices Advisory Board has recommended renewable energy as necessary for Waco's environmental sustainability; and

WHEREAS, the City of Waco recognizes the efforts and initiative of the citizen-led campaign “Go Renewable Waco,” which has garnered substantial resident support with over 1,000 signatories to the campaign; and recognizes the endorsement of the campaign by 13 local churches, non-profit organizations and businesses; and recognizes that this form of energy pledge is endorsed by the U.S. Conference of Mayors, over 100 major corporations, approximately 45 U.S. universities, and 49 countries; and

WHEREAS, the Go Renewable Waco campaign petition calls for the City of Waco to commit to 100% clean renewable energy by 2050; and

WHEREAS, for the purposes of this resolution “renewable energy” includes electricity derived from wind, solar, geothermal, and wave technology sources, and may include low-impact, small hydro and some forms of biomass after these projects are evaluated for sustainability and environmental justice implications, but specifically excludes electricity derived from fossil fuels, nuclear, and incineration of waste for energy; and

WHEREAS, for the purposes of this resolution, “renewable energy” as it applies to Waco, Texas is most likely to consist of wind or solar energy; and

WHEREAS, clean energy sources such as wind and solar, rapidly becoming more affordable than fossil fuel sources, will also reduce local air and water pollution, will decrease the risk of non-attainment in air quality, will improve citizen health in areas of lung and cardiopulmonary disease, decrease local spending on health care, reduce the strain on public resources, and save citizens money; and

WHEREAS,  the Intergovernmental Panel on Climate Change (IPCC), the policy gold standard on climate science, in its Special Report of October 2018, states that “carbon dioxide would need to fall by about 45 percent from 2010 levels by 2030, reaching ‘net zero’ around 2050” to avoid the most devastating impacts of anthropogenic climate change; and

WHEREAS, renewable energy strengthens national security through a reinforced power grid which utilizes both a macro and micro grids to create a system resilient to cyberattacks and weather disasters, and provides opportunity for the City to harvest its own power, generate jobs, tax revenue, and energy security; and

WHEREAS, renewable energy is one of the fastest growing employment sectors nationwide and presents tremendous economic opportunity for Waco to create local jobs in an emerging industry; and

WHEREAS,  over ninety cities across the nation, including Salt  Lake City, Sarasota, Madison,  Fayetteville, and Chicago have made commitments to transition to 100 percent clean energy by or before 2050, and six U.S.  Cities, including  Aspen,  Burlington, and Georgetown have already hit their targets to generate 100% of the energy used community-wide from clean, non-polluting and renewable sources; and

WHEREAS, the City of Waco desires to be a leader among peer municipalities in the State of Texas in the transition to sustainable, clean, renewable energy; and

NOW, THEREFORE, BE IT RESOLVED BY THE CITY COUNCIL OF THE CITY OF WACO, TEXAS:

That the City of Waco is committed to strive to transition to 100 percent renewable energy through energy efficiency and utilization/production of wind and solar electricity within the electricity sector by 2035, with an ultimate goal of all sectors, including transportation, heating, cooling, cooking, and industry, becoming fossil fuel free by 2050.

That a “Renewable Energy Transition Board” will be formed to develop a plan for the transition process, with a goal of completion by 2050.

That the Renewable Energy Transition Board will determine the best way to meet the renewable energy goal through a transparent and inclusive process with stakeholders, which includes individuals representing which includes individuals representing areas such as environmental justice, academic institutions, and low income advocates. The Board will create a system to track plausible policy measures to stay on target, distribute the burden and benefits, and meet our renewable energy goals as stated above in a timely manner.

That some of the policy actions to be considered by the Board may include: calculating total baseline city greenhouse gas (GHG) emissions; conducting robust efficiency audits of existing buildings and possible incentives for privately-owned building efficiency upgrades; improving efficiency standards for all new residential and commercial construction; transitioning municipal  energy purchase contracts to 100% renewables upon their renewal in 2022; evaluating feasibility of a city owned electrical utility; encouraging and incentivizing renewable energy purchase agreements in the residential sector; obtaining a no-cost no-obligation proposal for rooftop solar installations on municipal facilities; incentivizing residential installations of rooftop solar;  replacing City fleet vehicles with electric vehicles (EVs) or hybrid vehicles as soon as possible; incentivizing residents and business owners to transition to EVs or hybrid vehicles; installing non-Tesla rapid EV charging stations and evaluating access to grants through the Alternative Fueling Facilities Program (AFFP) of the TCEQ; and enacting a tree planting program, since trees act as carbon sinks, absorbing atmospheric CO2.

On Thursday, August 9, 2018, during a regularly scheduled meeting of the Sustainable Resource Practices Advisory Board, Alan Northcutt, M.D. provided a presentation on the Go Renewable Waco campaign, which encourages the City of Waco to transition to renewable energy and end the use of fossil fuels in all sectors by 2050.  Dr. Northcutt is a 31 year resident of Waco, and Director of Go Renewable Waco.  He provided a similar presentation with handouts to the City Council on February 20, 2018, and to Mr. Stem and administrative personnel on April 30, 2018.

The Sustainable Resource Practices Advisory Board would like to express its support for the Go Renewable Waco Campaign and its call for the City to commit to a transition to 100% renewable energy for the following compelling reasons:

·         The Go Renewable Waco Campaign has widespread support, including over 1,000 local citizen signatories to the Go Renewable Waco petition and the support of 13 local churches and other organizations. The U.S. Conference of Mayors, of which Waco is a member, expressed strong support for this conversion to renewable energy.[1]
·         Across the United States, over 90 U.S. Cities, more than ten counties, and two states have already adopted ambitious 100% clean energy goals. Waco has an opportunity to lead the State of Texas, along with the Georgetown and Denton, in making this commitment.[2]
·         Renewable energy, especially wind and solar in Texas, is rapidly becoming cheaper than fossil fuels. In fact, “by 2019, the best onshore wind and solar PV projects will be delivering electricity for a Levelized Cost of Energy (LCOE) equivalent of USD 0.03/kWh, or less.”[3]
·         Conversion to renewables will positively impact public health, as renewable energy is free of the harmful emissions that produce or exacerbate cardiovascular disease, asthma, and other pulmonary disorders, especially in children and the elderly.[4]

·         Transitioning to renewable energy will provide economic growth potential via clean energy jobs, such as solar installers and green building professionals.[5]
·         From a global perspective, transitioning to renewable energy for the City of Waco means contributing to the alleviation of the catastrophic effects of climate change, including:
o        Conserving vast amounts of water resources given the persistent drought and crop losses in Waco and the entire state of Texas in recent years, and avoiding potential food shortages.[6]
o        Lessoning the impacts of dangerous extreme temperatures, wildfires, flood days, and the spread of tropical diseases.[7]
o        Eradicating the potential for devastating pipeline spills.[8]
o        Reducing extreme weather events, rising sea levels, coral reef decline, and diminishing artic sea ice.[9]

The policies and actions required to adopt and implement a 100% renewable energy and end the use of fossil fuels in all sectors will be complex and will require further study. Therefore, this Board proposes that the City Council adopt the attached resolution committing to the transition of renewable energy and establishing a “Renewable Energy Transition Board” to study the topics outlined below and make recommendations for achieving the targets in the resolution.

The following is an outline of the general areas to be evaluated and recommended by the proposed Renewable Energy Transition Board:

The Sustainable Resource Practices Advisory Board recognizes the pivotal importance and environmental necessity of transitioning to a clean energy future, and that the City will accrue environmental and economic benefits from this effort. It is therefore our strong recommendation and request that the City Council adopt the proposed resolution.

Janet Wallace, Chair
On behalf of the Sustainable Resource Practices Advisory Board* 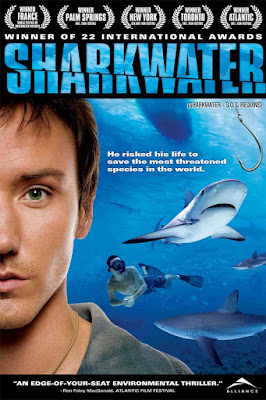 This documentary describes the shark’s struggle against extinction, its role in a healthy ecosystem and the protection of planetary oxygenation.  Winner of 22 international awards, the film is an environmental thriller with stunning images.

"In addition to its breathtaking underwater photography, Sharkwater has a convincing, impassioned argument of how the plight of sharks affects everyone." -- Rotten Tomatoes Critics Consensus


At the meeting there will also be a review of the Go Renewable Waco campaign and a discussion of the next steps in the campaign, as well as free climate change merchandise.

FANTASTIC NEWS: Our 100% Renewable Energy Resolution for Waco
is now on the agenda of the Sustainable Resource Practices Advisory Board Meeting:
No comments: