Waco Friends of Peace/Climate Attends “Out on the Brazos”

Waco Friends of Peace/Climate manned a table at “Out on the Brazos” on Saturday, October 14th.

Congratulations to all the folks who organized and attended this wonderful gathering.

FOP/C distributed approximately 120 free reusable shopping bags—used to avoid destructive plastic.   We obtained about 90 signatures on our petition calling on Waco to go 100% renewable by 2050.   We also distributed handouts for our October 17th showing of An Inconvenient Sequel and a comprehensive list of personal actions to fight anthropogenic climate change.

Deepest thanks to Ana & Travis Hipp for helping with this project, and to Rev. Garrison for facilitating tabling at this festival. 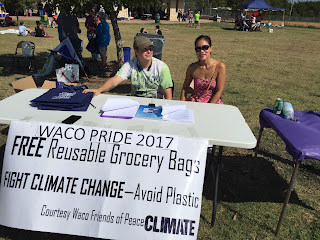 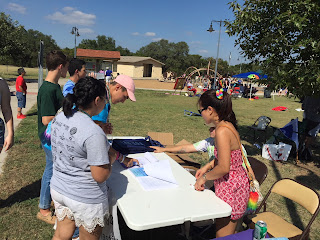 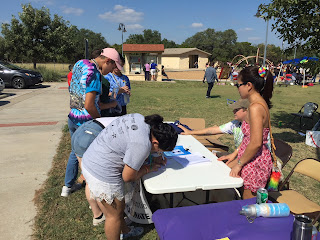 Successful Screening of An Inconvenient Sequel

The screening of  An Inconvenient Sequel: Truth to Power, at the Waco Hippodrome Theatre on October 17th was viewed by approximately 150 people, many of whom were new to Waco Friends of Peace/Climate events.

The high point of the film was Al Gore’s passionate speeches, especially: “How long? Not long, because the arc of the moral universe is long, but it bends toward justice.” (adapted from Martin Luther King, Jr.).  There were impressive scenes showing things already happening with the climate.  Also, the depiction of the activities leading up to the Paris Climate Accord was informative.

The film received a lengthy ovation at the conlusion.

About fifty more signatures were added to the Waco 100% renewable petition.  The climate action handout and reusable shopping bags were distributed to film viewers, and there was a drawing for six door prizes of climate related books.

Many thanks from FOP/C to Ana, Adrian, Travis, Harrison, Joyce, Serena and Amy for their assistance. 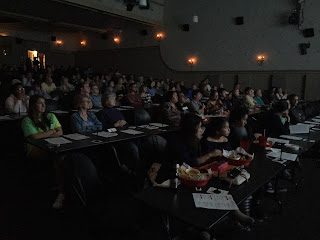 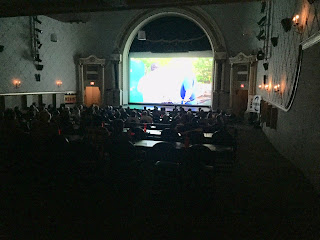 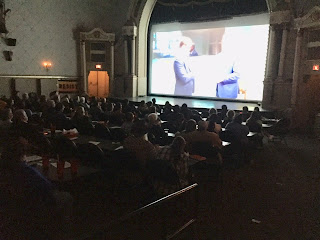 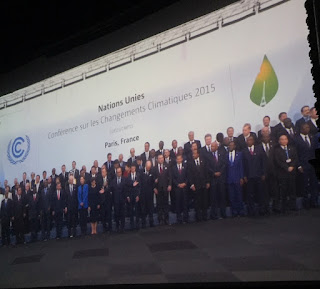 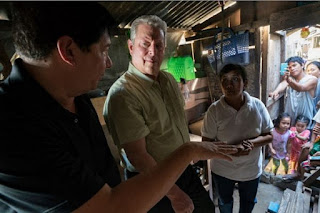 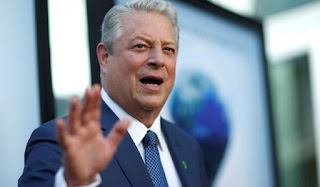 IMPORTANT NOTICE ABOUT HIPPODROME TICKETS FOR "AN INCONVENIENT SEQUEL"

The Hippodrome has a seating capacity of 200.  Tickets are required for An Inconvenient Sequel, even though the screening is free.  Tickets can be reserved on the Hippodrome website.

Go to the website:  http://wacohippodrometheatre.com/.  On the homepage, click on “TICKETS,” just below “MOVIE SHOWTIMES.”  Scroll down to An Inconvenient Sequel: Truth to Power in order to reserve tickets for the film.

Tickets may also be obtained at the box office at the time of the screening if seats are still available.
No comments:

"AN INCONVENIENT SEQUEL" Showing At The Hippodrome 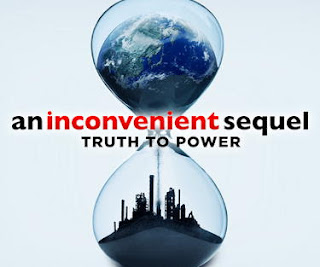 There will be a showing of Al Gore’s new film, An Inconvenient Sequel:  Truth To Power, at the Hippodrome Theater in Waco.  The showing will be presented free of charge by Waco Friends of Peace/Climate. This will serve as the October meeting of FOP/C.

This film is a powerful sequel to An Inconvenient Truth, Al Gore’s 2006 landmark documentary that has been very influential in informing the public about the climate crisis that is now upon us.


An Inconvenient Sequel: Truth to Power is a reboot that justifies its existence.
--Ben Kenigsberg, New York Times

On October 5th, Waco Friends of Peace/Climate joined the “Protect the Rio Grande & Eagle Pass Residents from Toxic Water” protest in Austin at the Travis County Courthouse.  Organized by the Beyond Coal Campaign, the protest was against Dos Republicas open pit coal mine’s renewed wastewater discharge permit.
The case is Maverick County et al vs. Texas Commission on Environmental Quality (TCEQ).  Basically, the suit is the county, citizens, and environmental groups suing the TCEQ for approving the renewal of the permit for the coal mine, whose toxic pond is contaminating the Elm River, which feeds the Rio Grande.

The protest group consisted of about 40 activists.  There were Native Americans and people from Austin, San
Antonio, Houston, Eagle Pass, Dallas -- and three FOP/C members from Waco.

The hearing was three hours long, with Environmental Defense Fund (EDF) lawyers arguing against TCEQ lawyers.  The young EDF lawyers were very good presenters, and they had the facts to back up their arguments.  TCEQ lawyers were weak on facts and presentation style.  The plaintiffs seemed to clearly win the debate, demonstrating contamination of some 30 groundwater samples around the open pit.  The judge definitely questioned the TCEQ lawyers firmly with few questions for EDF lawyers.

The judge’s decision is pending, but the case is expected to go to higher courts.  FOP/C was there in solidarity and as part of our goal to SHUT DOWN all fossil fuel infrastructure.  We feel certain the judge was influenced by our sea of white shirts and felt the environmental concern.

THANKS to Ana & Serena Rigby for their participation & endurance. 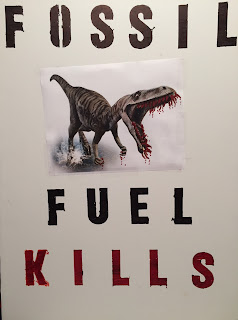 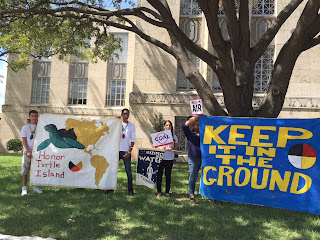 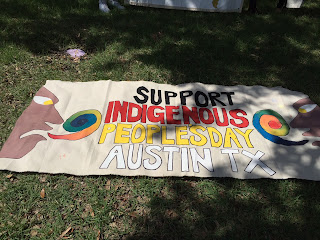 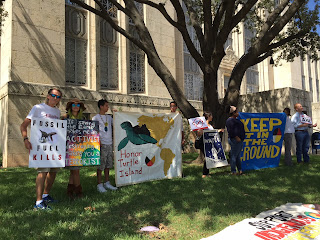 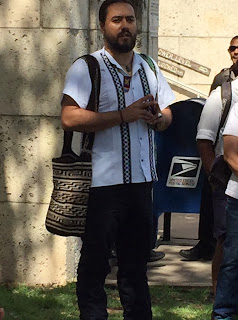 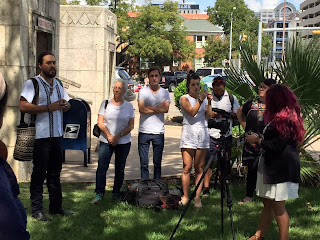 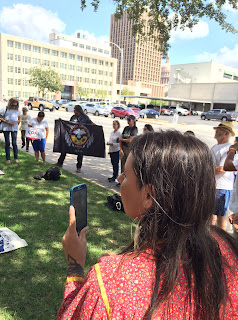 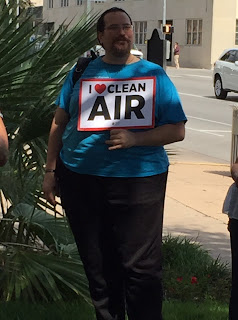 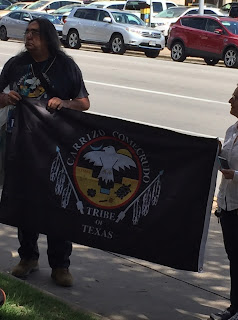 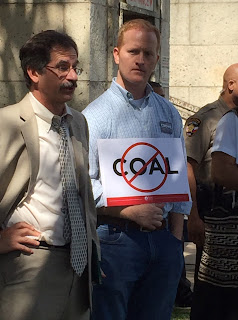 Logistics: Join 2 of us thus far in my car.  We have room for 2 or 3 more.  If more members wish to participate we can caravan with a second vehicle.   Please make and bring a sign/poster.

Why:  This is a peaceful protest against the Dos Republicas Open Pit Coal Mine's renewed wastewater discharge permit.

A hearing will begin at 2:00pm. Press conference to follow at 4:00pm.  Last year, despite major opposition from local  indigenous groups and thousands of Texans, the TCEQ approved the expansion and renewal of a permit that allows the mine to dump water polluted with toxic chemicals and heavy metals into Elm Creek which feeds directly into the Rio Grande River.  The wastewater discharge permit is being challenged.

Why Friends of Peace/Climate:  as part of our overall fight against fossil fuel infrastructure, especially infrastructure which is as locally destructive as this coal mine.

PLEASE JOIN US AS WE PROTEST IN SOLIDARITY WITH OTHER CLIMATE AND ENVIRONMENTAL ACTIVISTS.  WE LEAVE WACO AT 11AM ON THURSDAY.  BE SURE TO EMAIL ME IF YOU CAN PARTICIPATE:  anorthc@aol.com