The following letter was signed by attendees at the October meeting of Waco Friends of Peace/Climate and sent to the weathermen at Channels 6 and 25 in Waco:

As citizens of Central Texas, we would respectfully request that you include information in your weather broadcasts connecting weather to climate change. We recognize that many local residents rely on television weather forecasts, and that you have a large and loyal following. Thus you have a great opportunity to inform citizens about the serious challenge of climate change. Please consider the following:
Although the nations of the world are united to combat climate change through the Paris Agreement, history informs us that major change also depends on an informed populace demanding action. You have an excellent opportunity to educate viewers by making the connection between weather and climate change. Thank you for taking action on this vital and urgent issue.


The Brainwashing of My Dad 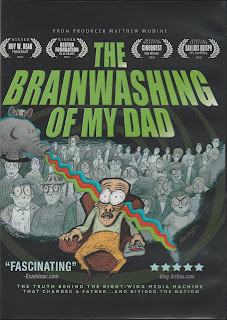 Waco Friends of Peace/Climate will show "The Brainwashing of My Dad,” the just-released award-winning documentary, which details the conversion of a sane moderate Democrat to a right-wing fanatic through the power of conservative media and talk radio. The film deals with details of the Fairness Doctrine, forces behind the media expansion, and the power of misinformation and division.

"Should be required viewing for everybody." -- Tony Trupiano


It has been noted that local weather people do not discuss climate change during their broadcasts.  Clearly these broadcasts are great opportunities to help educate viewers about climate change—as it relates to extreme weather, for example. Thus we will begin a coordinated effort to influence these meteorologists to regularly add climate to their discussion.

Basically, we wish Mr. Andersen to include anthropogenic climate change at the appropriate time in his broadcasts, such as during discussions of record heat and flooding in Central Texas. Everyone should write in their own words, but here are a few points you may wish to include:

Mr. Andersen should be contacted as soon as possible.