Waco Friends of Peace/Climate members joined about 1500 activists in Los Angeles on May 14th for a march in support of global actions to “keep it in the ground.”  The activists marched downtown from City Hall to the offices of SoCal Gas.  Their issues and demands related to urban drilling with human illness, fracking, the Porter Ranch methane release, and oil spills.

This was a well-organized and powerfull action. 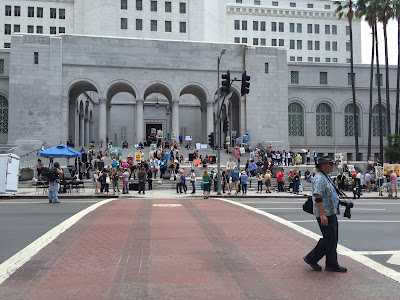 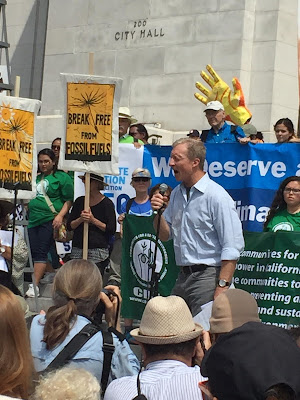 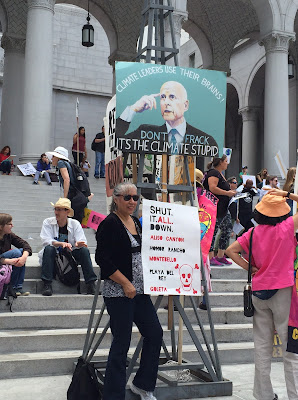 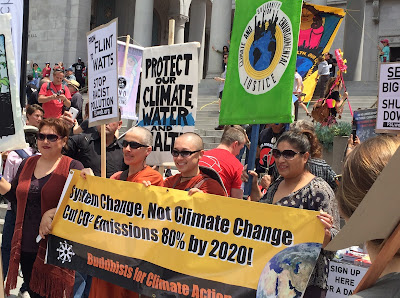 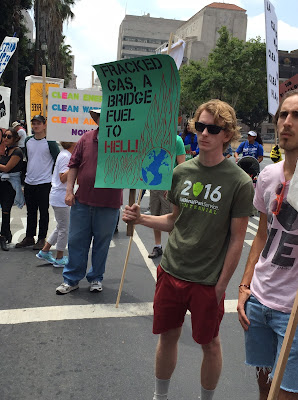 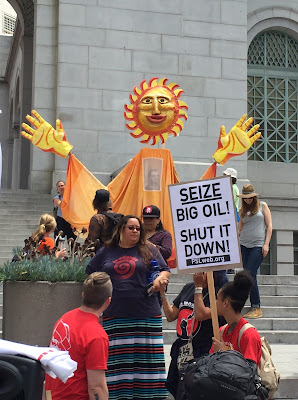 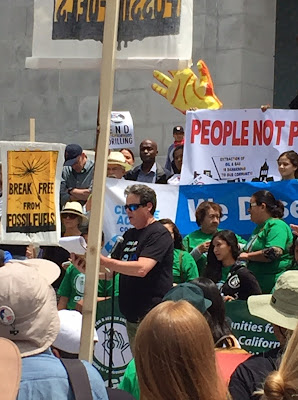 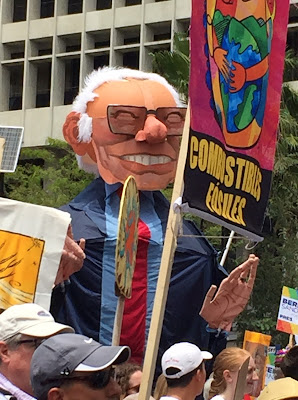 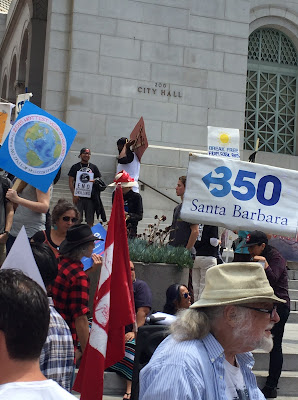 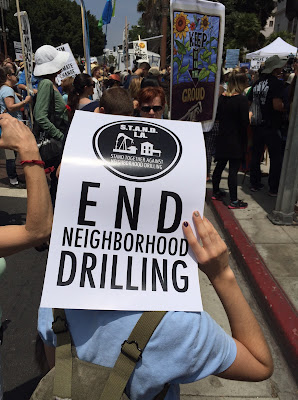 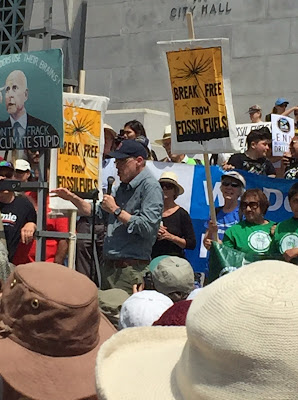 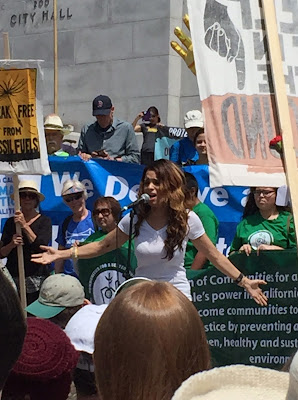 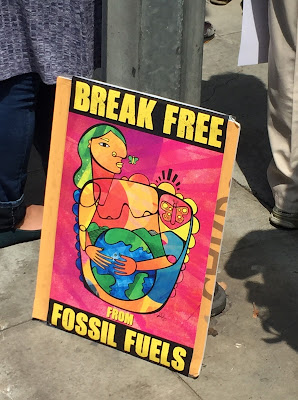 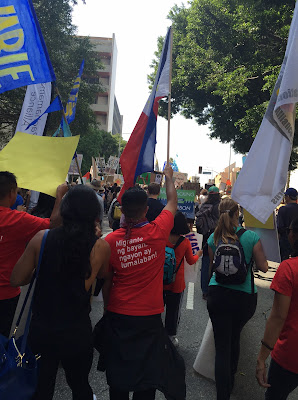 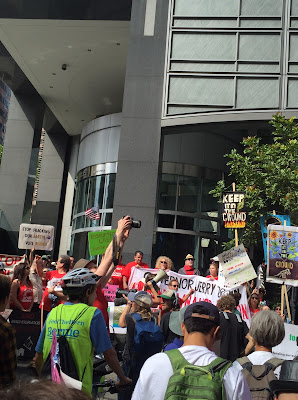 
The proposed Tradinghouse Lake gas-fired power plant could increase ground level ozone pollution, which contributes to asthma and other lung diseases especially in  children, heart disease, school absence, hospitalization, and even death. Half of the gas used in these plants comes from fracking, which is known to contaminate water, increase birth defects, and increase earthquake risk near the fracking sites. Use of  natural gas incurs the risk of pipeline and storage leaks, with air pollution and explosions. And recent studies have shown that the total greenhouse gas footprint of natural gas plants is as large as coal-fired plants, contributing to dangerous global warming.  We ask the City Council to obtain electricity from renewable energy, especially wind and solar, instead of the Tradinghouse Lake plant.  Renewable energy would produce no local pollution or global warming, is price competitive with natural gas, saves water, and would encourage new businesses to locate in Central Texas.

This petition will be delivered to the Waco, Texas City Council.
To sign the petition, go to www.change.org and search "tradinghouse."


DATE: Tuesday, May 10, 2016
TIME: 6:00 pm
VENUE: Manny's on the River, Mexican Restaurant, 1620 N. MLK, Waco
FOOD: Appetizers provided by hosts, entrée paid by attendees.
A meeting will be held with the goal of forming a coalition to stop the Tradinghouse Lake gas plant and persuade the City of Waco to utilize renewables for coming electricity requirements.

The meeting will be hosted by Alan Northcutt, Jere Locke of The Texas Drought Project, and Mary Landon Darden.  A featured speaker will be Chris Foster, City of Georgetown Manager of Resource Planning and Integration, who played a key role in Georgetown's decision last year to have 100% renewable energy in place by  2017.

The Waco Friends of Peace/Climate began the fight against the gas plant and now we hope to broaden the struggle and form a coalition of more citizens from the community to magnify our voices.  And Jere Locke brings experience to this fight from his work with a similar struggle in Austin.

Halting fossil fuel infrastructure is GROUND ZERO in the climate change battle, and Tradinghouse Lake is the infrastructure WE must stop.  We all understand that climate change is a planetary emergency.  Also, from the local standpoint, going to renewable energy to provide power would be very cost effective and would provide relief from ozone pollution.

Please attend Tuesday night and help us win this struggle.