BAG IT:  IS YOUR LIFE TOO PLASTIC? 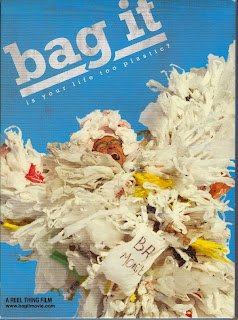 The film details the horrific  effects of plastic trash on the planet,  little known details about recycling, and practical solutions  as we try to live in as sustainably as possible. This film about plastic bags evolves into a wholesale investigation into plastic and its effects on our waterways, oceans and even our own bodies.


The documentary for December is A FIERCE GREEN FIRE: THE BATTLE FOR A LIVING PLANET (2012).  Spanning 50 years of grassroots and global activism, this exhilarating documentary brings to light the vital stories of the environmental movement, where people fought—and succeeded—against enormous odds.  From halting dams in the Grand Canyon to fighting toxic waste at Love Canal; from Greenpeace to Chico Mendes; from climate change to the promise of transforming our civilization, A Fierce Green Fire is a history of environmentalism itself.

“A visually stunning survey of the environmental movement, from early battles to save American wilderness to international campaigns to save the health of human societies and the biosphere. Broad in scope and fast moving, A Fierce Green Fire introduces many of the leaders (both famous and little-known) who have shaped the struggle. This film is worthy of admiration, and has obviously been a major effort by the filmmakers. It will inspire the next generation of activists.”
—Dr. Richard Tucker, Professor of Natural Resources and Environment, University of Michigan

“Rarely do environmental-themed films come with the ambitious scope of ‘A Fierce Green Fire: The Battle for a Living Planet’…which aims at nothing less than the history of environmentalism itself.”
—Mark Olsen, Los Angeles Times

“The material is vast and it’s an incredibly dynamic film. It’s shaping up to be the documentary of record on the environmental movement. I think it’ll be hugely successful.”
—Cara Mertes, Director, Sundance Institute Documentary Film Program