Saturday, February 2, 2013
1:30 - 3:30p.m.
Corner of Valley Mills and Waco Drives (near PeiWei restaurant).
We realize that many of us have supported President Obama in the recent election, and we do believe he has accomplished some worthwhile goals while in office.  But we feel strongly that the indiscriminate killing policy of drones is wrong and counterproductive, and that we have a duty to speak out as individuals and as the Waco Friends of Peace. 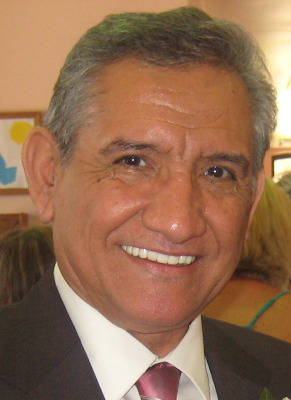 
The Waco FOP are excited to present a lecture by Mr. Ernesto Fraga, publisher of the TIEMPO Newspaper, on The Chicano Struggle For Justice.

In light of the recent presidential election that credits the Latino vote as being pivotal in present and future elections, there is a need for a greater understanding of the Chicano struggle that paved the way for today's realities. Chicanos have a 500 year history of struggling for justice since the Spanish conquest. Waco's TIEMPO Newspaper is a product of the Chicano movement for self determination that has dealt with the land struggle, bringing our history into the classrooms, immigration reform, police brutality, equal representation, political prisoners, Mexico/Central America, and coalition building with other movements for generations. This presentation will bring to light what has not been heard in mainstream media and our own history books. It's a story of yesterday, today and tomorrow.

JAMES O'DEA speaks on "CULTIVATING PEACE."
The Waco FOP are part of a Waco coalition of peace groups sponsoring these talks.  Please plan to be there.  Details to follow.

THE PEOPLE'S RESPONSE to the George W. Bush Library and Policy Institute Opening
A Commission on Peace, Justice and Reconciliation.  Join us for this massive protest.  Details to follow.

You have recently made statements opposing any new gun control legislation, reported in the Waco Tribune-Herald.  As your constituents in District 17, we reject your position and call on you to support strong measures to combat the gun slaughter in the United States.  Each year at least 100,000 Americans are killed or injured in gun violence.  The recent tragic death of children in Newtown emphasizes the urgency of steps to halt this senseless killing.

We thus call on you to support strong measures to combat gun violence, including:
1)a ban on assault-style weapons and high capacity ammunition magazines, 2) background checks on all gun purchases by closing loopholes, and 3) increased funding for mental health care.

Gun control legislation has proven to be effective.  After a massacre in 1996, gun control measures were passed with bipartisan support in Australia.  Since that time, the number of homicides, suicides, and robberies has plummeted, and there have been NO more massacres.

A majority of Americans, including NRA members, supports new gun control legislation.  Hunters and other legitimate gun owners will still be able to own firearms.
Thus, it comes down to a choice between protecting the lives of Americans or the profits of gun manufacturers.  We call on you to place the health and safety of our citizens first. 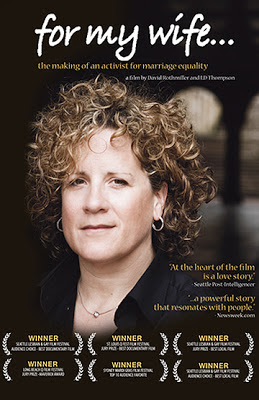 This film is appropriate for all ages.

This amazing documentary chronicles the making of an activist for Marriage Equality. Charlene Strong was thrust into the spotlight after the death of her partner, Kate.  After facing this loss and the heartless discrimination of hospital and funeral home staff, Charlene decided to take a stand.  Her dramatic congressional testimony is credited with passing Washington state's historic Domestic Partnership laws.  Her journey takes her across the country, finally meeting with President Obama and securing his commitment to equality for all LGBT Americans.

**winner of 6 documentary film awards**
"...a powerful story that resonates with people."--Newsweek.com
"At the heart of the film is a love story."--Seattle Post-Intelligencer
The film's 60 minute run time should leave abundant time for discussion.  Nine U.S. states plus the District of Columbia now allow gay marriage: ME, MD, MA, CT, IA, VT, NH, NY, WA.
Email to anorthc@aol.com to be placed on the Friends of Peace email list.