At the April 17th meeting of the Waco Friends of Peace, Kay Lucas was presented with a Peacemaker Award.  This was to acknowledge her years of dedicated activity in the Central Texas area in the cause of peace. 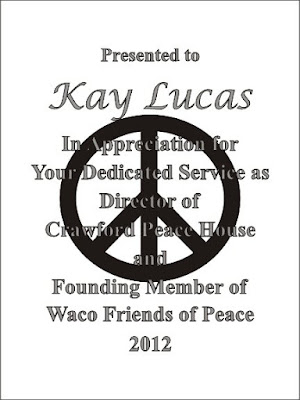 
We had a great turnout at Poppa Rollo’s on Thursday, April 12, for the showing of the documentary film The Weather Underground.  Mark Rudd, who was prominently featured in the film, was on hand to introduce it and lead a lively discussion afterward.  He was forthright and candid in discussing his role at the time depicted in the film, and he explained the evolution of his thought since then.  He emphasized that in his view radical change is still necessary but can only be obtained through nonviolent means. 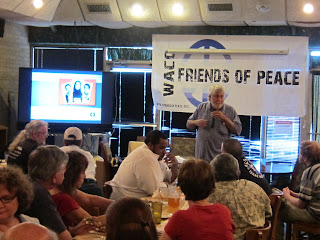 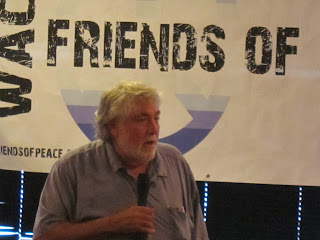 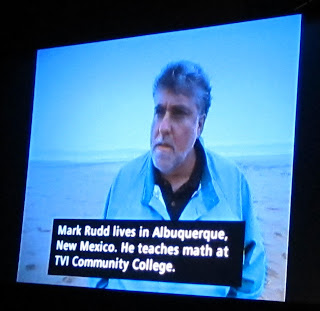 Below is a link to a video statement by Professor Marc Ellis, the founder and director of Baylor University’s Center for American and Jewish Studies.  Dr. Ellis has been a steadfast advocate for fair treatment of the Palestinian people in Israel and in the occupied territories.  He is currently fighting dismissal from Baylor for what he has described as "routine offences."  Many believe that his dismissal is an attempt to deny him a forum for speaking truth to power. 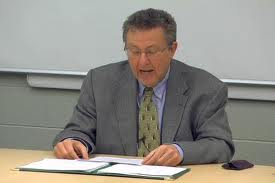 Waco Friends of Peace members participated in the Prayer Vigil Sunday afternoon 3pm at St James United Methodist Church.   Several of us joined about 120 people at this moving and spirited remembrance of Trayvon and emphatic call for justice.  Rev. Valda Jean Combs began the vigil and a prayer was offered by Rabbi Gordon Fuller of Congregation Agudath Jacob.  The choir led the group in upbeat and powerful music, and the congregation responded vigorously.  Several symbolic hoodies were observed in the crowd.  A moving poem was recited by two young men, one white and one African-American.  The Honorable Lester Gibson introduced the keynote speaker, Rev. Dr. Michael A. Bell, Pastor of Greater St. Stephen First Church, Fort Worth.  Rev. Bell delivered a fiery and timely speech, outlining steps the audience can take to help ensure justice for Trayvon.  He encouraged the crowd to make noise about Martin's death, continue meeting about the issue, and keep the faith.  Pastor Charley Garrison of the Central Texas Metropolitan Community Church concluded the event by calling for equality and justice for all. He remarked: "I am tired and sickened by the treatment of the Trayvon Martins of the world who are black, Jewish, Islamic, HIV-positive, gay, lesbian, bisexual and transgender. We are all God's children." 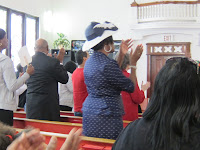 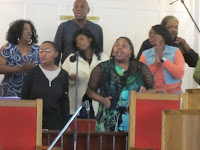 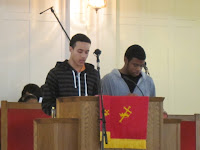 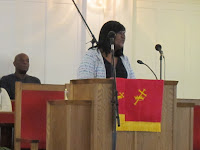 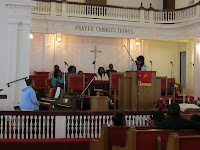 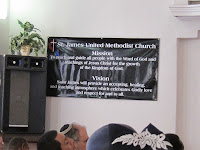 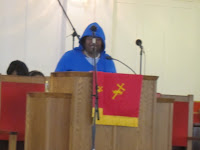 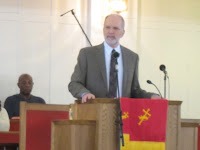 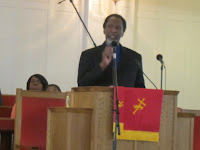 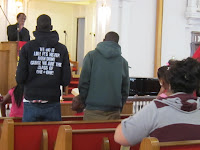 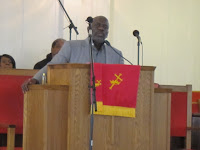 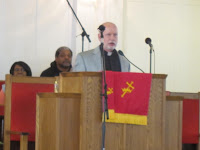