Thirty years ago a group of young American radicals called The Weathermen announced their intention to overthrow the U.S. government. Fueled by outrage over the Vietnam War and racism in America, they went underground during the 1970s, bombing targets across the country that they felt symbolized "the real violence" that the U.S. government and capitalist power were wreaking throughout the world. From pitched battles with police on Chicago's city streets, to bombing the U.S. Capitol building, to breaking acid-guru Timothy Leary out of prison, this carefully organized clandestine network attempted to incite a national revolution, while successfully evading one of the largest FBI manhunts in history.

One of the top documentaries of the year 2002, this award-winning film interweaves extensive archival material with modern-day interviews to explore the incredible story of "The Weather Underground." As former members reflect candidly about the idealistic passion that drove them to "bring the war home," they paint a compelling portrait of troubled and revolutionary times, with unexpected and often striking connections to the current world situation.

A Very Special Addition To This Event:
Mark Rudd, one of the main figures in the Weather Underground, will be on hand to answer questions and participate in discussion after the film. 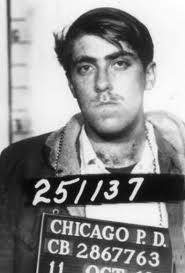 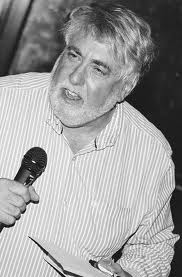 Unpublished Letter To The Trib

The following letter to the editor was submitted to the Waco Tribune Herald on Feb 6, 2012.  As of this date it has not been printed.

A National Intelligence Estimate (NIE), completed in 2007 and endorsed by all sixteen U.S. government intelligence agencies, concluded with “high confidence” that Iran had halted its nuclear weapons program in 2003.  No new evidence since then has indicated that Iran’s policy has changed, although speculation has been rampant.

War with Iran is being promoted by Israel’s extremist governing party, with the enthusiastic backing of the influential Israel-right-or-wrong element in this country.  This element includes most of our Congress and our news media.

The Secretary of Defense has been recently quoted as saying he believes “there is a strong likelihood that Israel will strike Iran in April, May or June.”

If Israel is so determined to go to war with Iran, she should do so on her own and with her own money.  When Israel joined with Britain and France to invade Egypt in 1956 in order to take control of the Suez Canal, President Eisenhower announced that he was immediately cutting off monetary aid to Israel, saying that such aid would resume when Israel withdrew from Egypt.  President Obama should make it crystal clear to Israel that the United States is still in control of its own foreign policy and that we will act in 2012 as we did in 1956.

Unfortunately, given the sad state of affairs in our country today, it is highly unlikely that our President will take such a stand, particularly in an election year.  Thus the likelihood that we will be sucked into yet another disastrous war that will be in the best interests of nobody, including Israel.

The 2012 Million Musicians March took place on Saturday, March 17.  Waco Friends of Peace was represented by Alan Northcutt, Gail Boyd, Harrison Ward, Adrian Northcutt, and Travis Ward.  It was as always a great experience.  The event was both inspirational and a whole lot of fun! 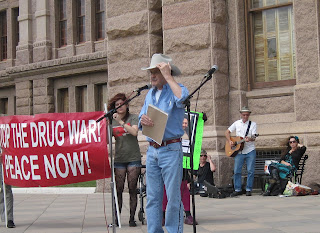 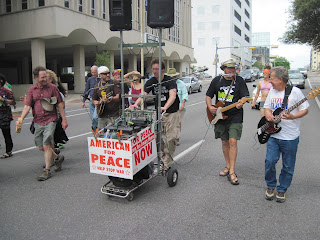 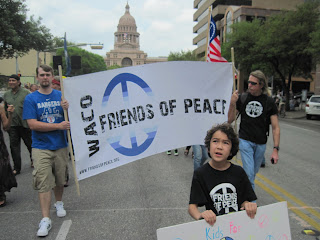 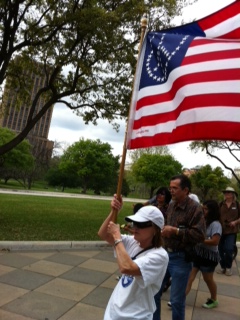 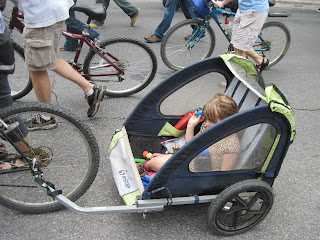 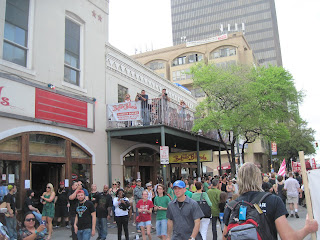 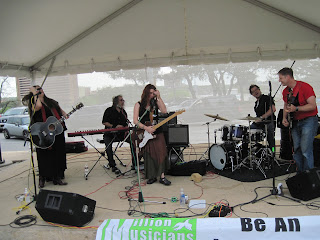 If you would like a ride to Austin on Sat, March 17, to participate in the Million Musicians March, email to anorthc@aol.com.  Scroll down for details of the event.

The following letter was endorsed by 27 Friends of Peace members and faxed to Rep. Flores' Washington office on March 12, 2012:

As your constituents in District 17 and members of the Waco Friends of Peace we call on you to oppose wars in Afghanistan and Iran.  The 10 year Afghanistan war is not making our country safer, is opposed by approximately 75% of Americans, and wastes 1 billion dollars a week, at a time when funds are vitally needed at home.  As many beat the drums for war with Iran please remember that our 16 intelligence agencies are unanimous in the opinion that Iran is NOT building a nuclear bomb.  Therefore, diplomacy is the logical approach, one that will save billions of dollars and perhaps millions of lives.
At each opportunity we call on you to vote to end immediately the war on Afghanistan and against military action on Iran. 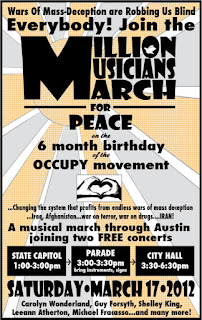 The 2012 Million Musicians March for Peace will take place Saturday, March 17, in Austin.  We will gather at the State Capitol for a rally and concert from 1:00 until 3:00 pm, after which we will march through downtown and down 6th Street, ending up at City Hall.  There we will have a rally together with Occupy Austin.

This is an annual event at which Waco Friends of Peace is always represented. It is a terrific experience, both entertaining and inspiring.


The Million Musicians March for Peace offers a great opportunity to unite with many others to protest what appears to be more war on the horizon.